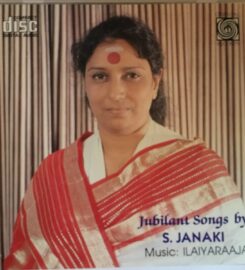 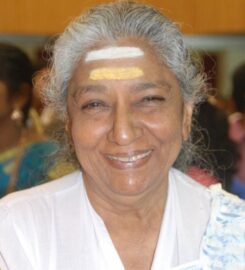 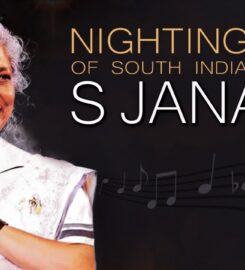 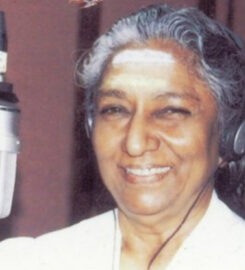 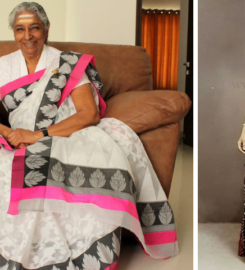 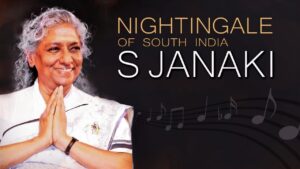 A Telugu woman by birth, S. Janaki became a legendary playback singer. She bagged great titles for the extraordinary modulation power of her voice. Her voice can adapt to anybody from a small child to an elderly woman.  Apart from Telugu, she had sung in different languages like Tamil, Malayalam Kannada, and Hindi. She has even written many lyrics and composed many songs. She worked with a large number of music directors of her time. Her best combination in singing was S P Balasubramanyam.

Janaki was born in Pallapatla, Repalle village of the Guntur district in AP. As a child, she was attracted to music and was trained under Sree Paidiswamy a Nadaswaram Vidwan.
Singing career
She started her career at 19 years and then moved to Chennai where Dr. Chandrashekar her uncle joined her in AVM studios as a singer. There she began her career in movies by singing songs composed by T. Chalapati Rao in the movie Vidhiyin Vilayattu a Tamil movie in 1957. She had performed in the movie MLA in Telugu subsequently. She soon became famous and Ilayarajas’s favourite and she used to sing at least 2-3 songs per movie in all 4 southern languages.
She sang in many languages like Hindi, Malayalam, Kannada, Sinhalese, Bengali, Oriya, English, Sanskrit, Konkani, Tulu, Saurashtra, Baduga, Japanese and German. In over 30000 songs including film and non-film songs she sang and amazed her audience.
She has sung Hindu devotional music on Meera and also is a great devotee of Lord Krishna and Sai Baba.
All the famous singers like  Ghantasala, Dr.Rajkumar, P. Susheela, Vani Jayaram, K J Yesudas, L R Eeswari, P. Jayachandran, P. Leela, K. S. Chithra, Sujatha, Jency, P B Srinivas and of course S P Balasubramanyam are her contemporaries.  She is the inspiration for many upcoming female playback singers.Personal life
S. Janaki’s husband’s name is  V.Ramprasad. She is living in Chennai, with her son Murali Krishna, who acted in few films and has an audio business of his own; and his wife Uma Murali Krishna, a classical dancer (Bharatnatyam and Kuchipudi); they have two daughters Amruthavarshini and Apsara.